The folks over at PowerShell.org published a review of VersionRecall. There was one paragraph that took us a little bit by surprise:

Surprised, because we intentionally did not want to use any API, especially not the Microsoft Source Control Interface. The specs are pretty well hidden, change without notice and any product supporting this has to do a lot of extra work just to conform with this rather dated API. The new API for Team Foundation Server is equally just overkill for VersionRecall’s target audience.

One of the main design criteria was to not define or use any API so that the product would work with ANY editor, from Notepad to PowerShell Studio, from PrimalPad to the ISE and from Notepad++ to PrimalScript.

But on reading this we realized that there may be more people who are just knowledgeable enough about traditional source control systems that they may look for a means to control when something gets submitted from within an editor.

We still think that you should just trust the VersionRecall service to submit your work at the times you define and otherwise just not worry about it. Recognizing though that some have been trained to submit finished work to a repository when appropriate we decided to add a little more control in our products. Since we do already integrate with Windows Explorer, why not?

PrimalScript has a VersionRecall group in the Tools tab. 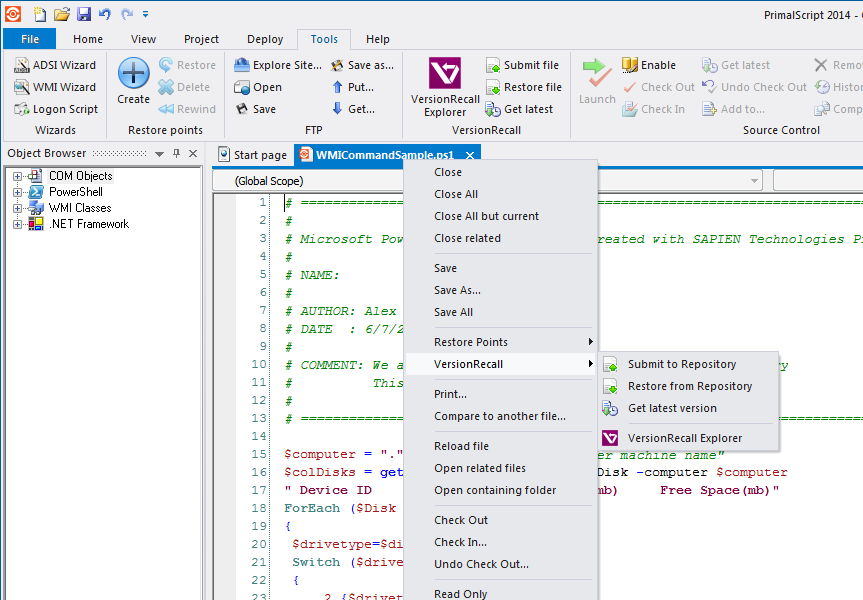 The document tab context menu has a VersionRecall sub menu. 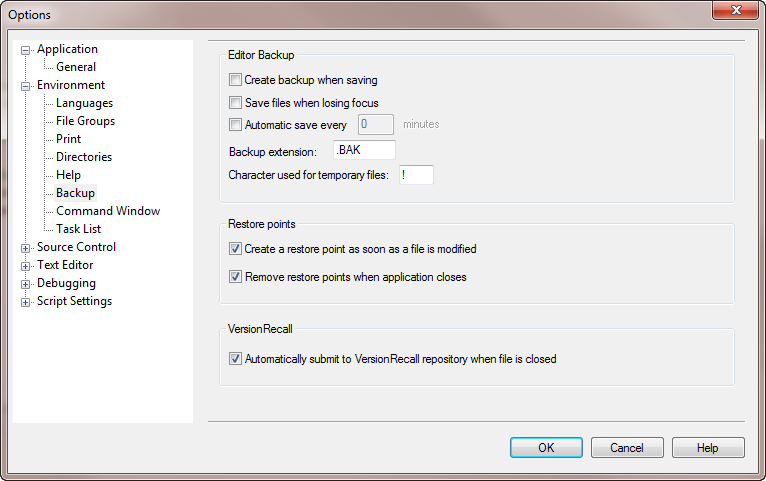 And last but not least, there is an option to automatically submit your files to the corresponding VersionRecall repository when you close a file.

Want to configure YOUR editor to support this? Easy. There is a RecallFile command line tool in VersionRecall’s installation folder.

Most editors support calling some external tools so this should be easy for anything more advanced than notepad.