How To Work with PowerShell Core in PrimalScript

How To Work with PowerShell Core in PrimalScript

Yes, in this product look under File | Options, in the Environment section you’ll find the Window Command area. Here, PowerShell Core shell can be added manually.  Also, if you’re using Windows 10 Build 16299 (or higher) with WSL (Windows Subsystem for Linux), your system can also be setup to run both Bash and Bash with PowerShell Core. 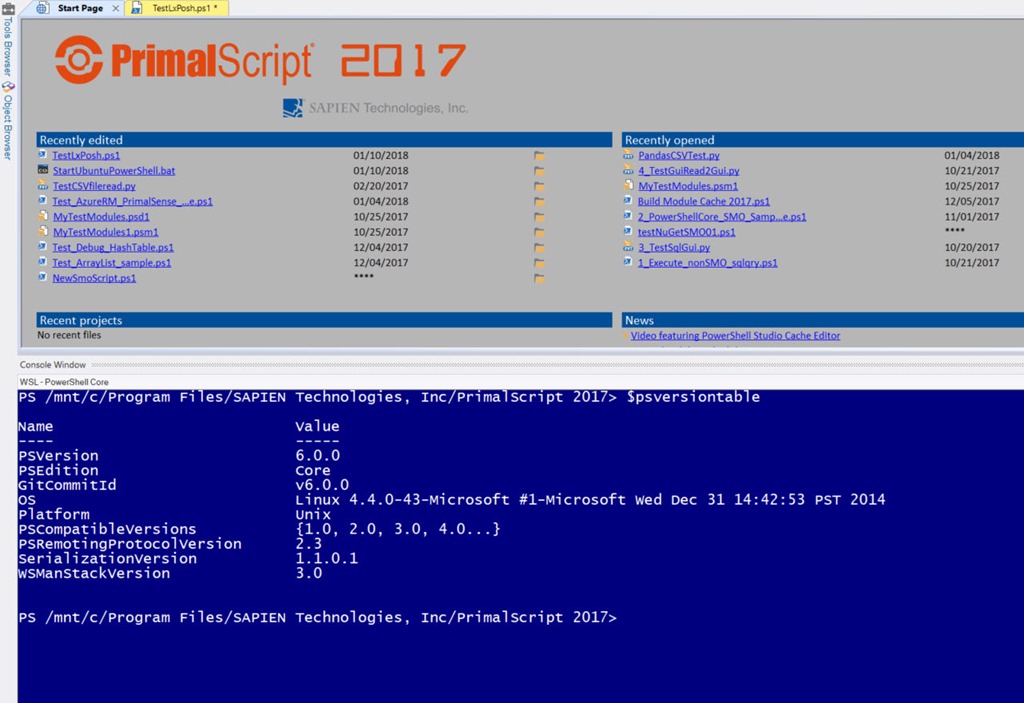 Let’s think about this for a minute. Although our SAPIEN Products are meant to be used in Windows Systems, having WSL installed will give you the ability to build and test PowerShell Core scripts cross-platform without leaving Windows.

Take a moment to look at the existing article, Using PowerShell Core in PrimalScript.

Setting up PowerShell Core in PrimalScript

Note: The instructions below are demonstrated in our short video PrimalScript – Command Window Option

The following steps will properly setup PowerShell Core in PrimalScript:

1. Under the File menu, go to Options.
2. In the Environment section, click on Command Window.
3. Add a new shell by clicking on the New button. This will add a new line to be changed.

*Note: Keep in mind, this could be any type of console shell, such as: Python, Ruby, Bash. 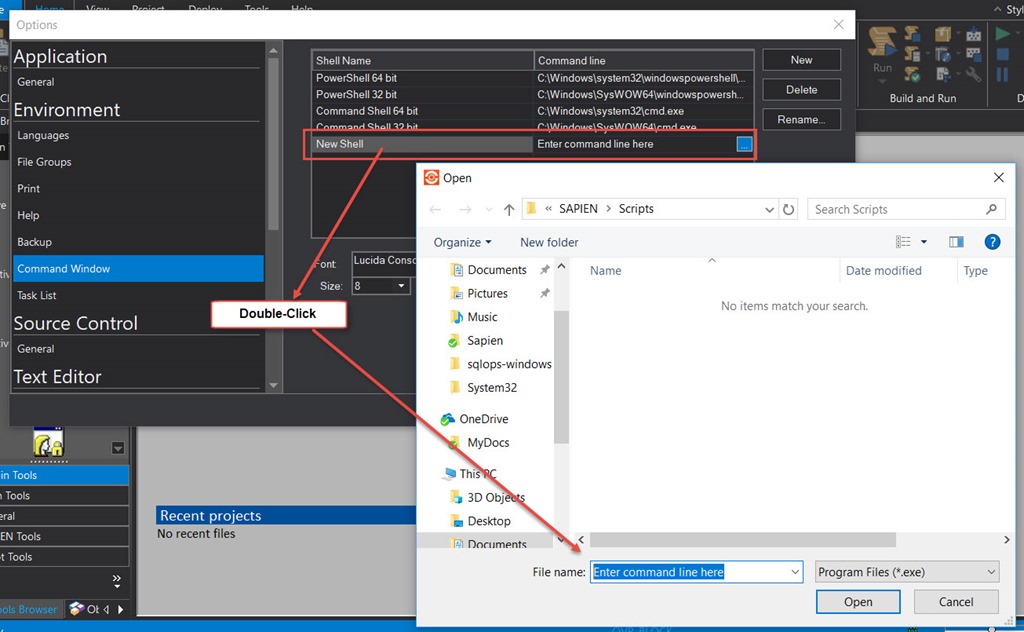 Now, we add PowerShell Core to the Command Window list. In the New Shell line, do the following:

A. Double-Click on the New Shell line, and it will allow you to search for the shell executable, 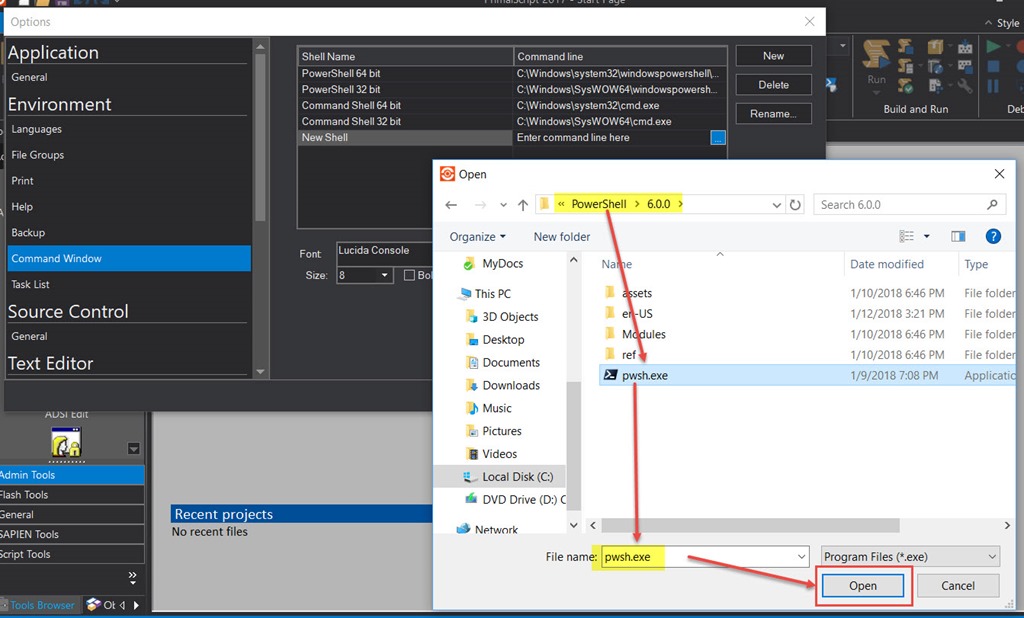 Or, simply type the following line:

B. Now, click the Rename button to change the Shell Name field from New Shell to PowerShell Core 64bit:

C. To complete the change, click the OK button and restart PrimalScript. 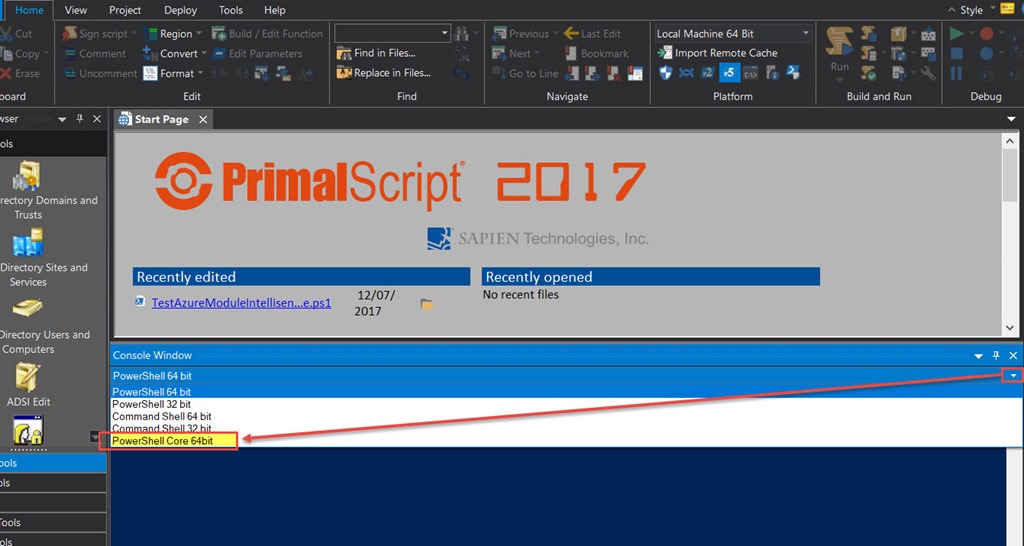 To activate the added shell, look for the Console Window panel and click on the pull-down list of available shells. 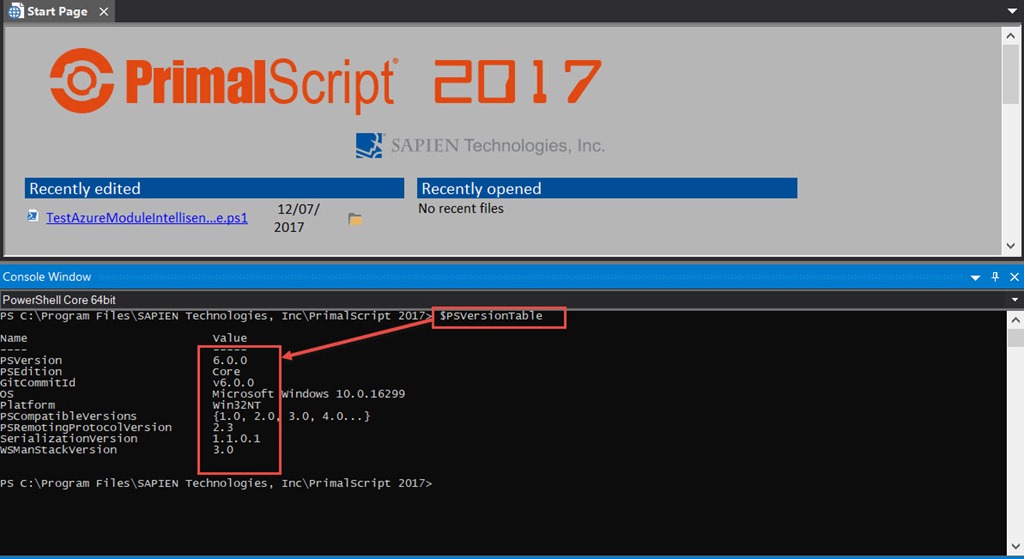 If there is any need to reset the console, this can be done by right-clicking on the shell and selecting  Reset.

There are a couple of ways to test your script(s):

1. Just highlight and select a few lines of the code, then right-click and select Execute selection in PowerShell. 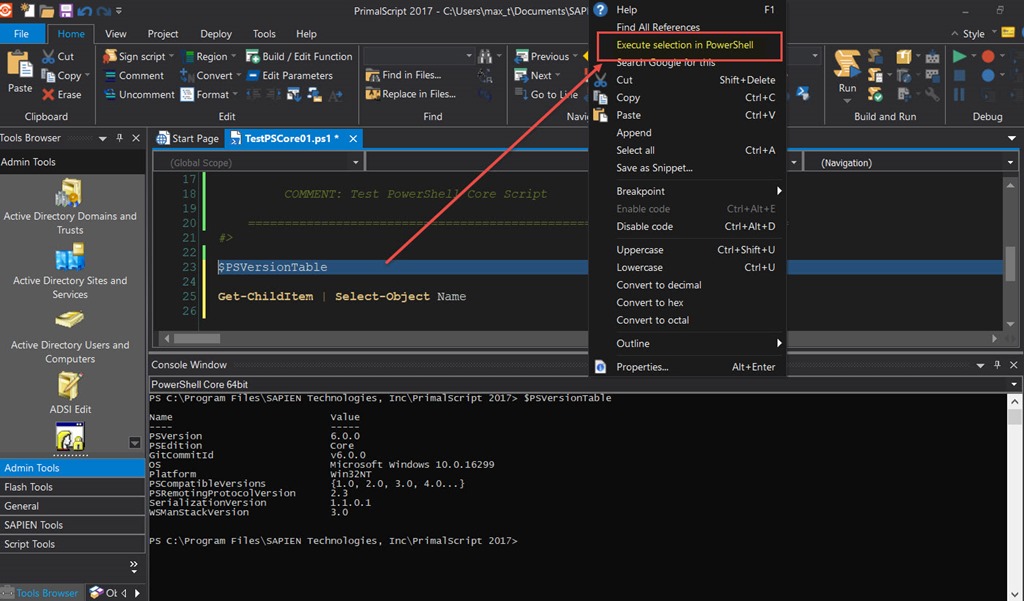 2. Or, to execute the whole script, from the Home menu click on the Script Run – Run* button, then select either Run in Shell or Run Selection in Shell. 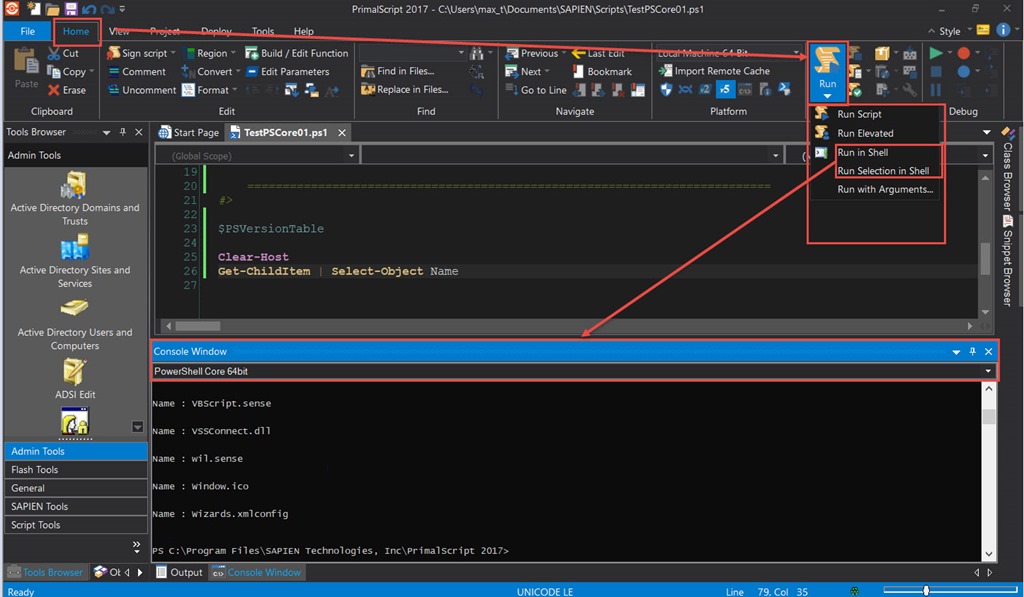 The script will run under the active console whether it is PowerShell Core or any other shell.

*Note: If you select to just Run the script, it will think you are executing a script for non-Powershell Core.  This may give an error, but depends on how the script was built. 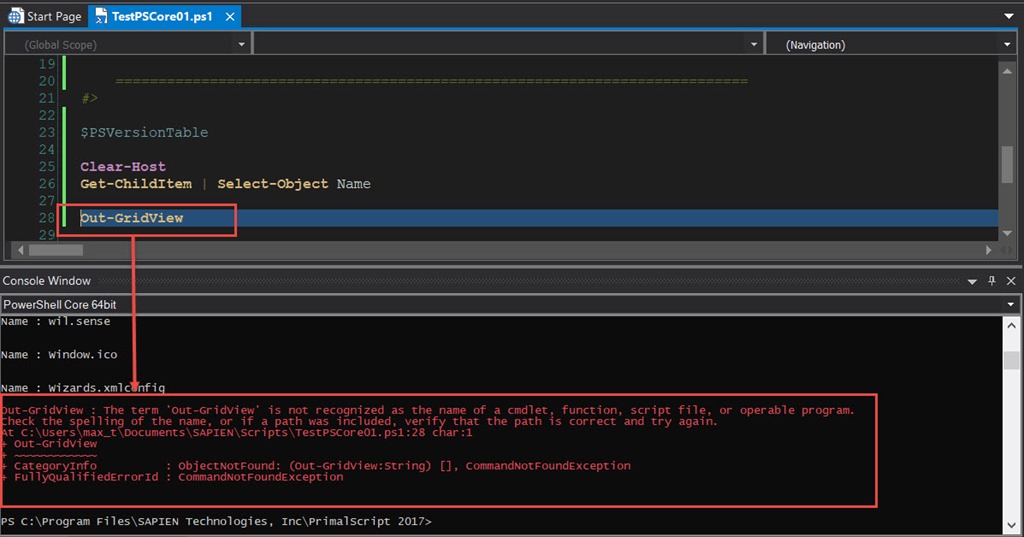 So, when using PrimalScript to develop PowerShell Core, test your scripts using the proper Run Shell option. At the same time, understand the difference between the two versions of PowerShell.