Installing PowerShell 6 - For Everyone

Installing PowerShell 6 - For Everyone

I've been having a great time exploring the new open-source, cross-platform version of PowerShell core on my Windows PC and on my Mac (yes, I have a MacBook Air!). When I mention this to folks, they give me that crinkled look. Either they're very busy, and I understand, or they assume that open-source PowerShell is for developers. It's written in C#, it needs to be compiled and built, and it's in GitHub, which really isn't for everyone.

The PowerShell team offers installers for the latest version of open-source PowerShell. To download an earlier version or learn how each version differs, see the Releases page.

If you can't find your operating system in the list, you can't install PowerShell 6. Sorry!

This step is completely optional, but it's a best practice when you download any file from the internet, especially a file that runs, like an exe or an installer.

To verify the file hash:
Use any of the following methods.

Then, compare the value of the Hash property with the file hash listed for the installer on the Releases page. 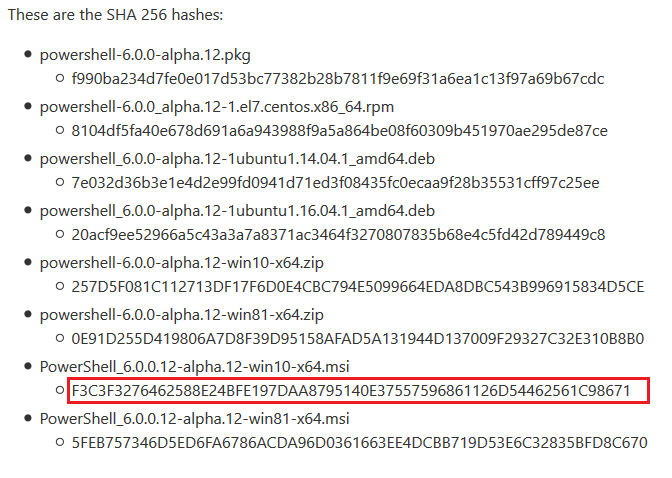 Run the installer and accept the license agreement (after reading about it).

On a Mac, to allow the downloaded installer to run, ctrl-click the pkg file and click Open (unknown developer lockout).

Cool, eh? By default, the PowerShell 6-alpha window has a black background, so you can distinguish it from Windows PowerShell. I pin the window to my taskbar. 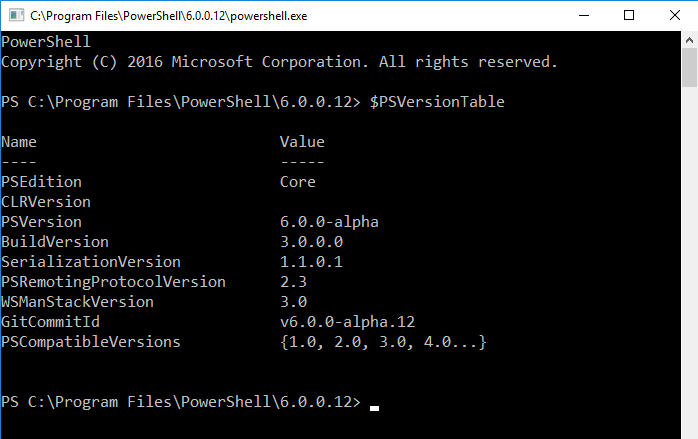 Congratulations and welcome to the world of open-source, cross-platform core PowerShell. There are lots of new things in this version, including a new SemanticVersion object in $PSVersionTable.PSVersion. Most importantly, the team releases a new Git version of PowerShell 6-alpha about every two weeks, so have fun with your version, but be sure to check GitHub at @SAPIENTech on Twitter for new releases.