In this article, we examine setting up WSL (Windows Subsystem for Linux) Bash with PowerShell Core in PrimalScript’s Console Window list.

In order to open PowerShell Core in Linux, the bash shell needs to be open and pwsh should be run from the console. So, a bash file needs to be created to call Powershell Core. 2. Use a Linux text editor (emacs24 or vim) to create the following bash file as pwsh-nonAdmin, and save the file: 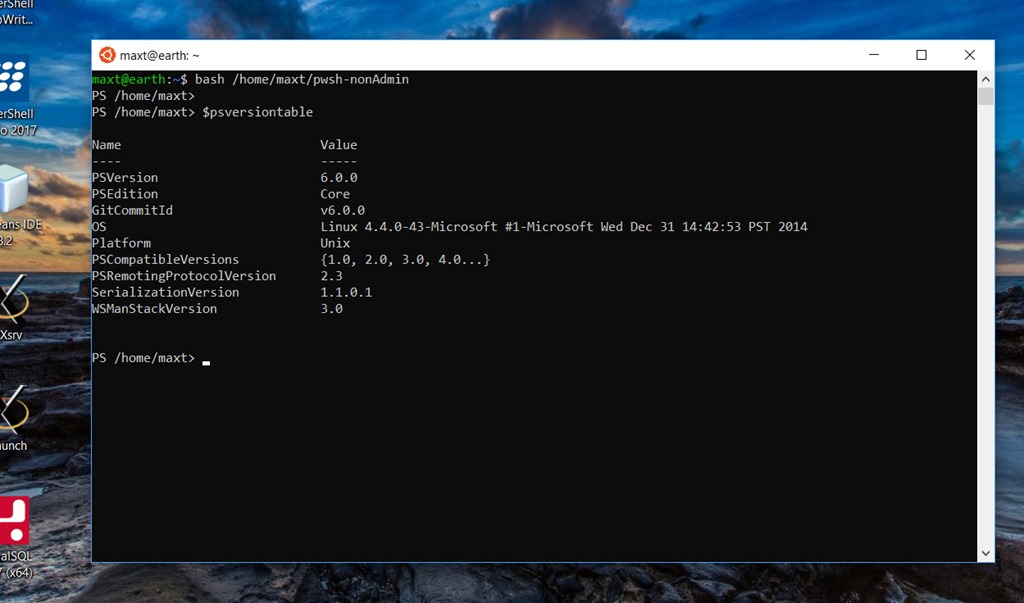 Adding the Bash file to PrimalScript

Follow the same steps from this article:
SAPIEN Tools – How to work with PowerShell Core in PrimalScript

In this case, I’ve selected my SAPIEN Technologies folder to save this DOS batch file*. Then, I manually entered this line in the Command Line field for the New Shell:

*Note: Make sure to select a folder where this file is safely stored.

Then, follow the same steps from the article, SAPIEN Tools - How to Work with PowerShell Core in PrimalScript, to rename, save, restart, and test the command shell in PrimalScript's Console Window. 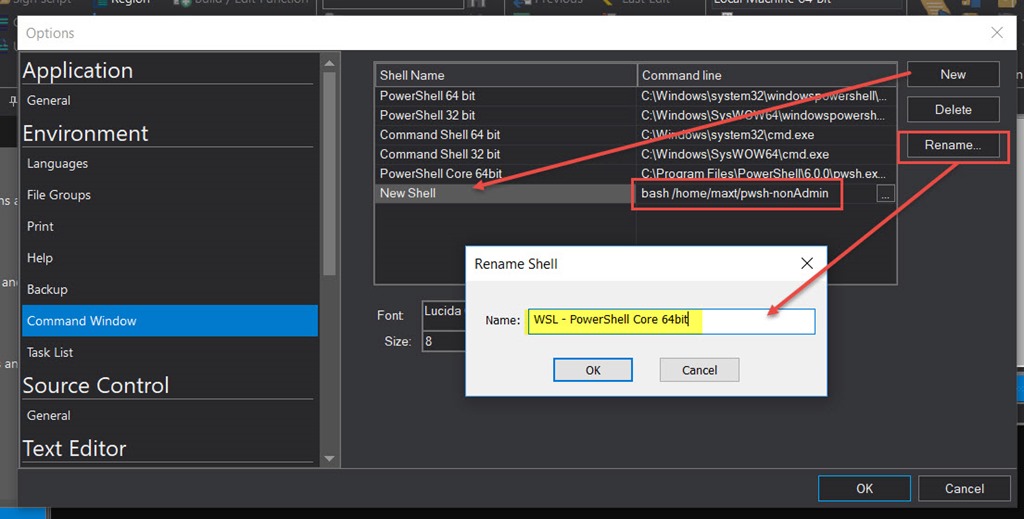 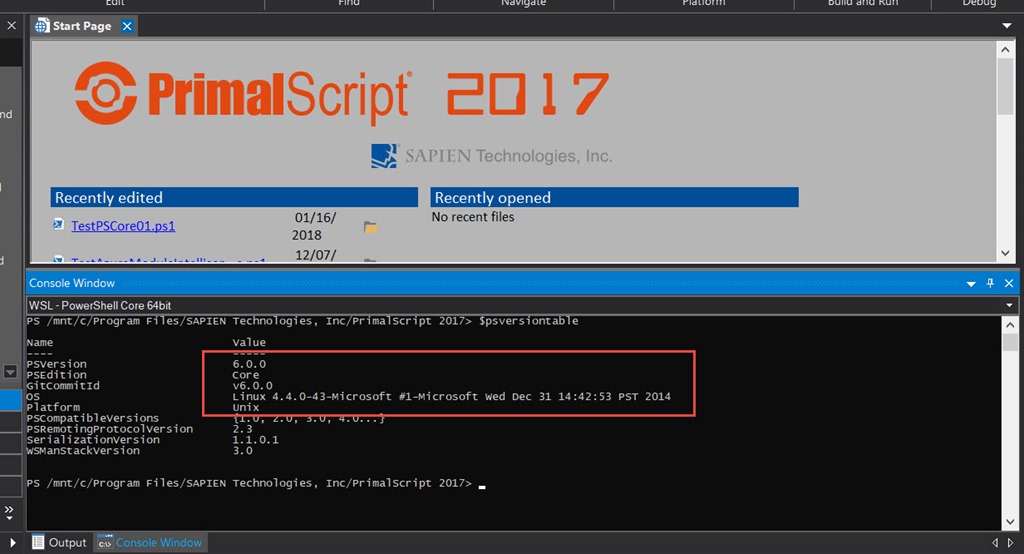 It is recommended to setup a second PowerShell Core to execute as Administrator, so the bash file may include the following line:

In the event that cross-platform script files are created, execute the Linux command dos2unix within Linux. This command will convert text files with DOS (or Mac) line breaks to Unix line breaks.