Collapse This! Using Regions to Organize Your Scripts

Collapse This! Using Regions to Organize Your Scripts

Whether you're writing a script or reading one, you want to keep your environment as simple and uncluttered as possible. You want to display only what you need to see and eliminate everything else. The Expand and Collapse features in PowerShell Studio let you do just that -- with simple hotkeys and configurable settings.

In this blog, I show how to configure and use the Expand and Collapse features of PowerShell Studio and how to use regions to organize the code in your scripts.

How to Expand and Collapse

By default, everything in a script is visible to you. But, when you need less clutter, collapse what you don't want to see. 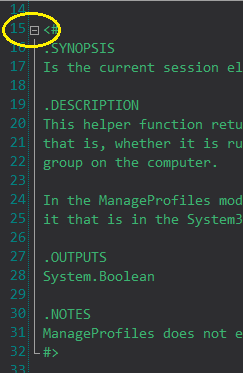 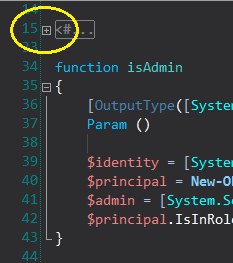 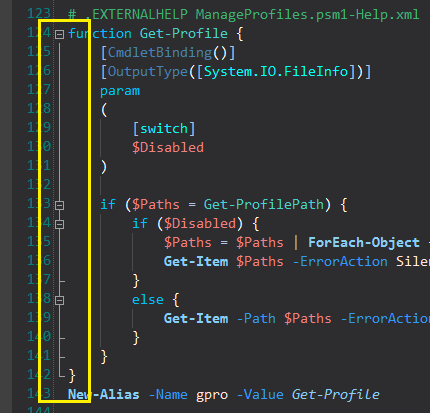 And, you can create a custom region for any text or code in a file.

Use Regions to Organize Scripts

I often use regions to organize my code. For example, in a PowerShell GUI app script, I like to group the code that supports a feature, including script-scoped variables, event handlers, and functions. So, I create a region for it.

PowerShell Studio adds the region and lets you name it. Now, it's easy to expand and collapse. 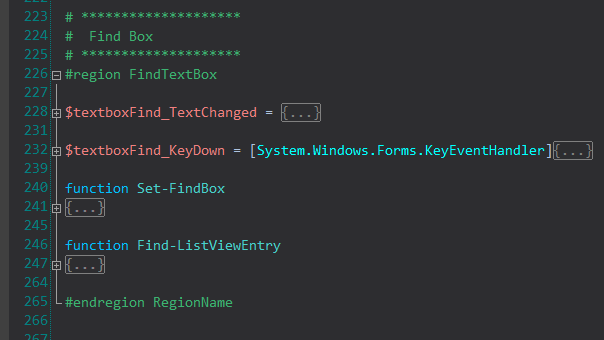 You can also create a region manually. 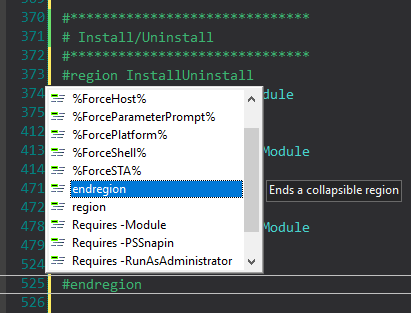 Here's an almost 800-line script collapsed into regions for easy viewing. This is a great aid for me and for people reviewing my code, maintaining it, and adding features to it.

By default, when you Expand All (Ctrl + <plus>) or Collapse All (Ctrl + <minus), regions and comment blocks expand and collapse. But, you can add Script Blocks to the set and enable and disable each element type.

To determine which elements expand and collapse:

To determine whether regions are expanded or collapsed when the script opens: 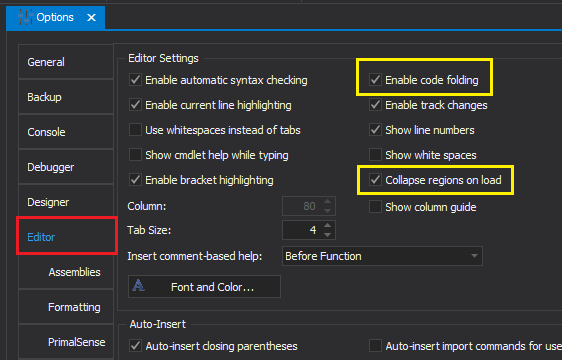 To disable expand and collapse and eliminate all code folding regions:

Regions are a fantastic organizing tool. I like my regions collapsed on load, but I waffle between including and excluding Script Blocks from my collapse. Fortunately, PowerShell Studio lets me do that. Try this feature and let me know what you think.