PrimalScript: VBScript gets a debug console

PrimalScript: VBScript gets a debug console

One of the many things on our users' wish list was the ability to change variables while debugging. While we where looking to solve that, we also looked for a way to call functions while stopped at a breakpoint or execute any arbitrary code that may help facilitate testing and debugging. Since we already have a debug console doing that exact same thing for PowerShell, we thought it would be best to do the same thing for VBScript and JScript. 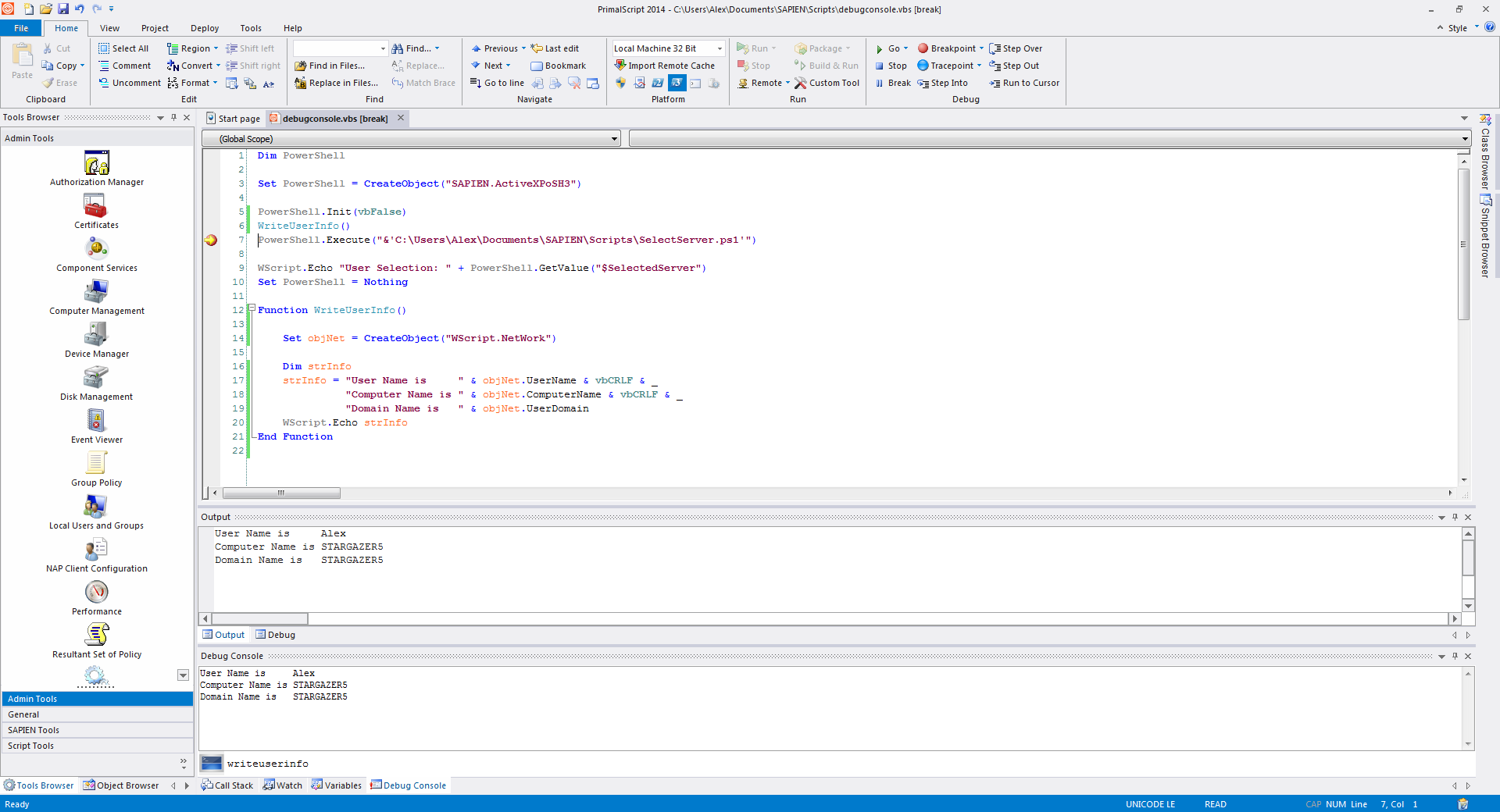 So now setting a variable or an objects property is as easy as typing it into the console. Call functions, set objects to nothing to test if your error handlers work. Fix variables to keep debugging instead of starting over because I = 5 instead of 6.