PowerShell Studio with GIT, Subversion and Mercurial Oh, my!

PowerShell Studio with GIT, Subversion and Mercurial Oh, my!

Similar to PrimalScript, we received requests to add support for GIT, Mercurial, and Subversion in PowerShell Studio. The difficulty of supporting all these various source control solutions is that they all have different APIs and change over time. The varying nature of these tools could potentially make the integration outdated fairly quickly. One thing in common all the source controls solutions previously mentioned have is command line tools. We’ve used this common factor to resolve the problem.

Our solution to the problem is the custom tool menu:

The custom tool menu allows you to customize and execute command lines tools at the click of a button. The new feature enables you to integrate virtually any solution that provides a command line tool.

You can add a global set of commands to the custom tool menu by creating an INF file in PowerShell Studio’s application data folder: 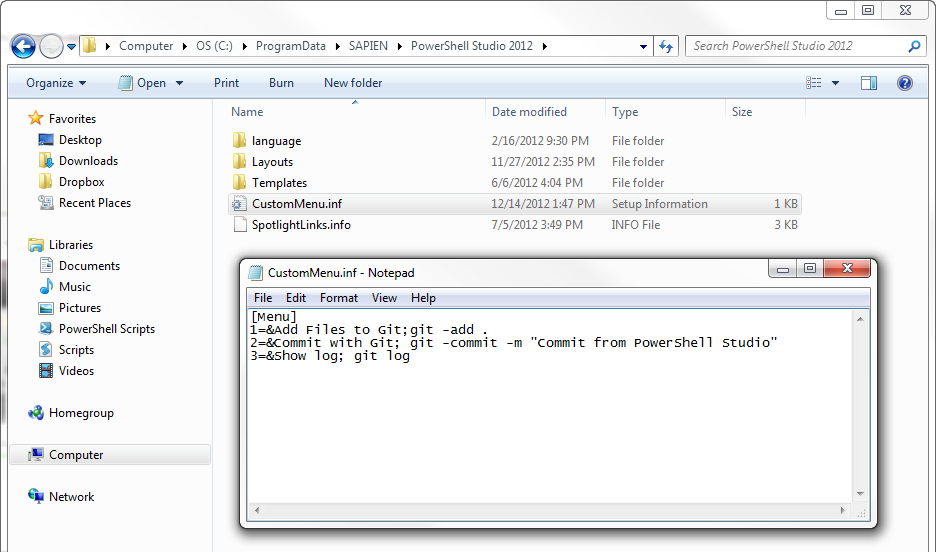 After creating or altering the CustomMenu.inf, you will need to restart PowerShell Studio in order to see the new commands: 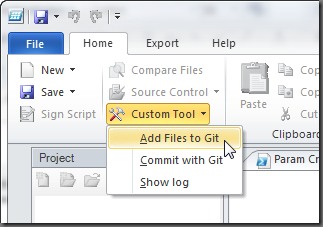 For example, the following CustomMenu.inf is added to the target folder “My Documents\SAPIEN\Scripts”:

When you open a file that is contained in the folder, the custom tools menu will display the localized folder commands as well as the global commands. 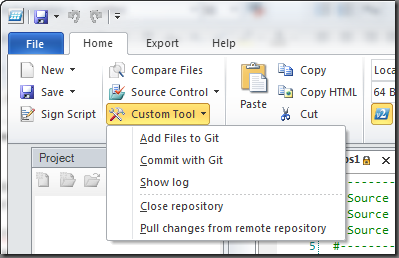 The custom commands allow you to react to files or folders. This way you can push files to an ftp site or simply make a backup copy to a remote location. Output from the command line tools will be displayed in PowerShell Studio’s Output panel.

The following is a list of macro variables that  can be used in custom menu command lines:

This article applies to PowerShell Studio v3.1.14 or later.